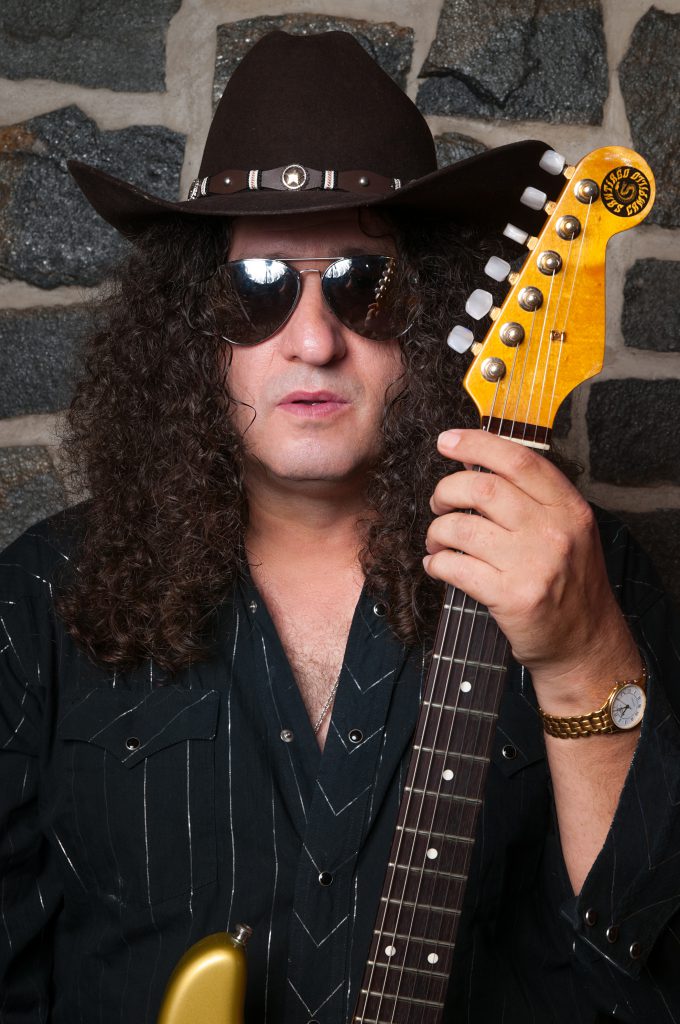 His father gave him his first guitar at the age of 11, introducing him to the instrument that was going to mark his life and be the key to his success.

In terms of guitar technique, we are in front of a tremendously versatile musician, with a style born from blues and rock with a filter based on the wildest and most untamed improvisation. He is able to express the deepest feelings with his guitar, almost making it speaking through phrases and riffs.

In 1988, he recorded his first álbum with the Rock & Roll group Los Hurones for Emi / Hispavox. The most notorious recognition came as a founder of the group M*Clan, and then since he’s been considered as one of the great exponents of the Blues-Rock guitar in Spain.

Perfectly synthesizing all his influences (from Led Zeppelin to The Allman Brothers Band, and from Johnny Winter to Clarence Gatemouth Brown), he dizzily develops his own sound in an incredible mix of styles that would later forge his training as a unique artist with a great personality when he plays his guitar.

On his live performances he gets joined by Oneida James (Joe Cocker’s bassist for 13 years) and Joaquín Bermejo “Mini Drums” (drums).