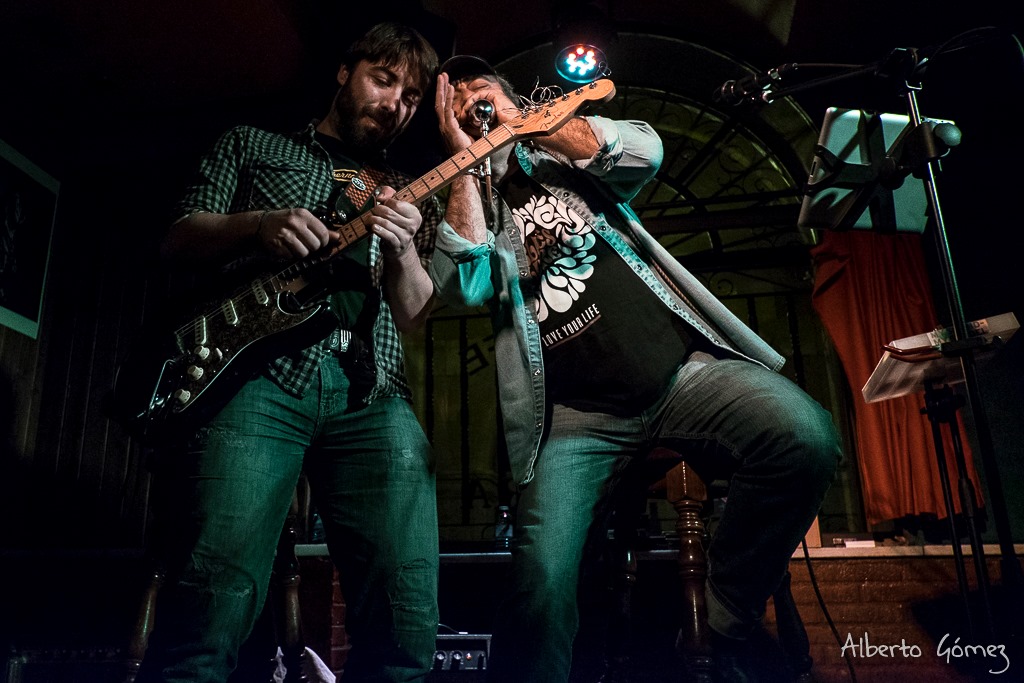 Mingo Balaguer has been on stages for more than 30 years, has released 17 albums, is a Hohner Harmonicas and HARPSOUND microphones & accesories endorser, was a member of the legendary Caledonia Blues Band and has played with musicians like Hubert Sumlin, Johnny Winter, Charlie Musselwhite, Magic Slim, Carey Bell or Otis Grand, to name a few.

Pablo Sanpa is considered one of the most gifted blues guitarists in Spain. Francisco Simón’s pupil, he began to play the guitar at the age of 10 taking blues and roots black African-American music as a fundamental basis, and has specialized himself over the years in swing and West Coast blues by developing a very personal style.

Mingo Balaguer and Pablo Sanpa have been playing together for several years and each time they share the stage they deliver a perfect mastery of the blues language. In their performances they move within the field of the West Coast blues, although they also ride the electrical wave of Chicago or drive themselves into the jump-blues. They will be accompanied on stage by two other prominent names on the national music scene, Ricky Ávila on bass and Pascu Monge on drums.