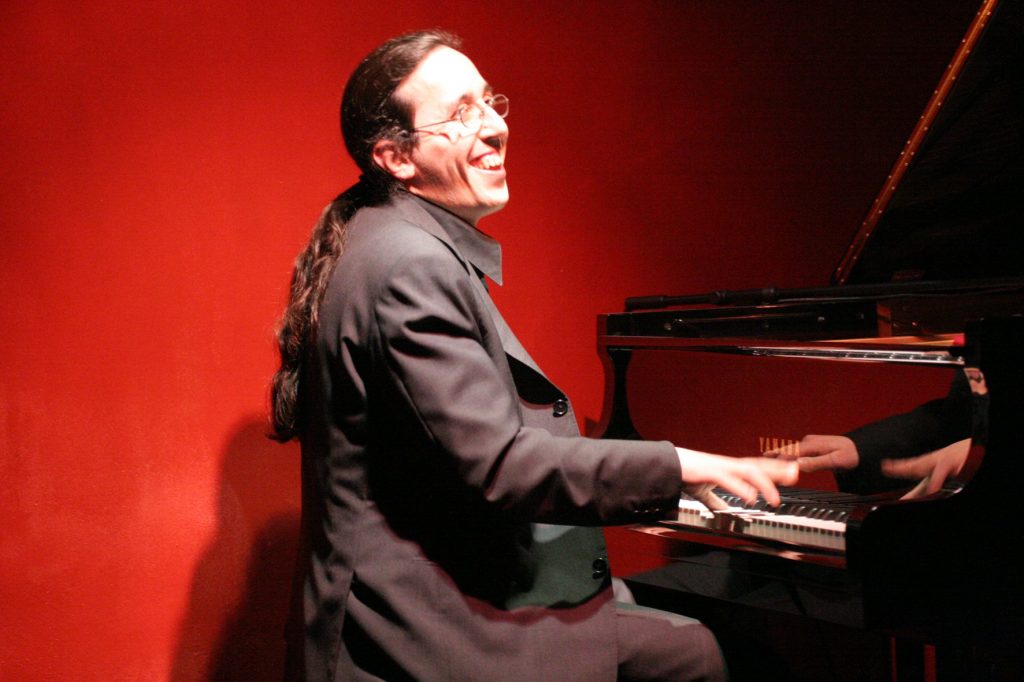 Lluís Coloma started classical piano studies at an early age. After hearing the sounds of Jerry Lee Lewis, Roosevelt Sykes and Alan Price he migrated from classical lessons to self-taught Rock & Roll, eventually showing a remarkable ability for Blues and Boogie Woogie. Lluís Coloma is now one of the most recognized and in demand pianists in the world Blues and Boogie Woogie scene.

Lluís has received accolades and awards such as “Best Catalan Musician 2003” and “Artista BluesCat 2006”. He often appears at Blues & Boogie Woogie festivals in Europe and Asia, where he stands out for his virtuosity and originality, and his performances are often received with standing ovations. He continues playing all over Spain at renowned festivals and clubs such as Café Central in Madrid, San Javier Jazz Festival, Vijazz Penedès, Festival de Jazz de Barcelona. Festival de Jazz de Madrid. Jamboree in Barcelona, Cerdanyola Blues Festival, among others, as well as in countries including France, England, Malaysia, Germany, Italy, Switzerland, Serbia, and Hungary.

From the beginning this great pianist, acclaimed for his innovative vision and amazing energy, has been developing a personal touch in the interpretation of Blues & Boogie Woogie, both in performance and in his own compositions. Lluís has recorded more than 10 CDs playing solo piano, or with his trio or septet, and has also recorded duets with other piano greats of the genre such as Carl Sonny Leyland, Barrelhouse Chuck, Bob Seeley, Mitch Woods, Mark “Mr B” Braun, and Frank Muschalle. He has even recorded a CD with Sax Gordon, one of the best rhythm and blues saxophonists in the world.