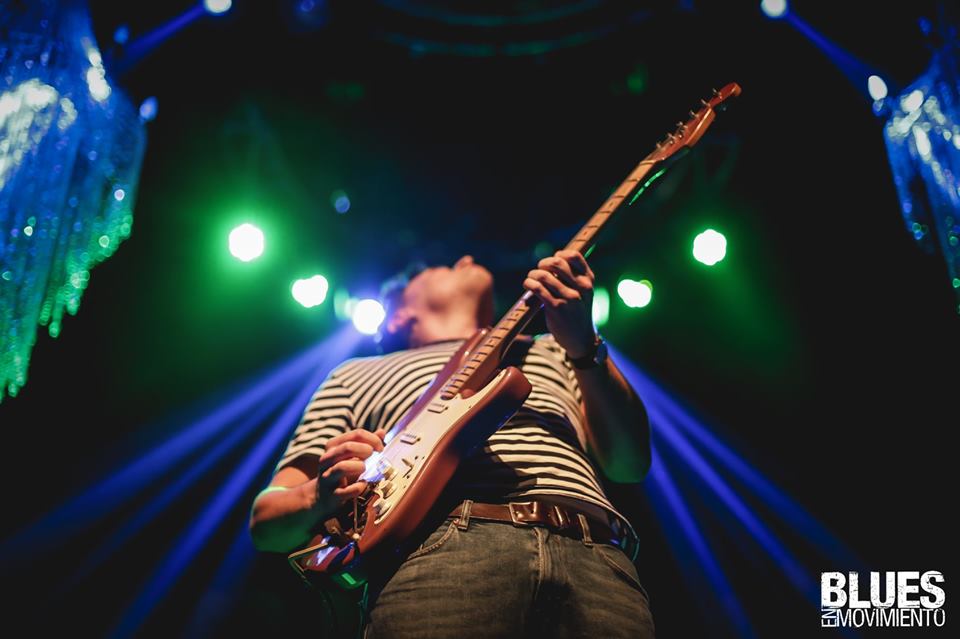 Guitarist, singer, composer and producer, Martín Burguez was born in Montevideo, Uruguay, and from an early age deepens his style in the great masters of blues, naming referents T-Bone Walker, BB King, Pee Wee Crayton or Freddie King, as well as in the sound of the West Coast or Jump Blues, with great influences of jazz, swing and rhythm & blues from the 40s and 50s.

He started his career in Buenos Aires, Argentina, and together with his band El Club del Jump became one of the main artists in the city’s local music scene. He became known for both his electrifying performances and professionalism when it came to working, becoming the go-to guitarist for visiting American blues artists, including trumpeter and BB bandleader King James “Boogaloo” Bolden, Lurrie Bell, Sax Gordon, Kirk Fletcher, Jimmy Burns, Tia Carrol, and JJ Thames.

He currently has three albums released under his name, and over the last few years he has managed to take his music to different cities in Europe and Latin America. Martín manages to captivate viewers with strident and creative guitar solos, with personality when singing, with sophisticated arrangements and with the dedication that he puts into each song. Martín Burguez proposes a show that refers to his great references, and at the same time a personal and unique imprint.